The modest exterior of Van der Brew, previously a Paris Farmers Union (a farm, home and garden center) belies the good vibe of this brewery. 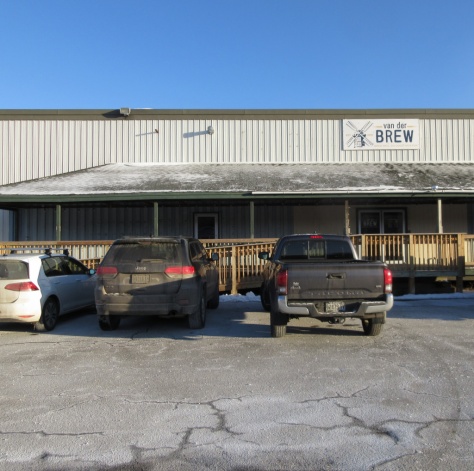 But the sign’s logo says it all: Brew Well. Do Good. Have Fun. 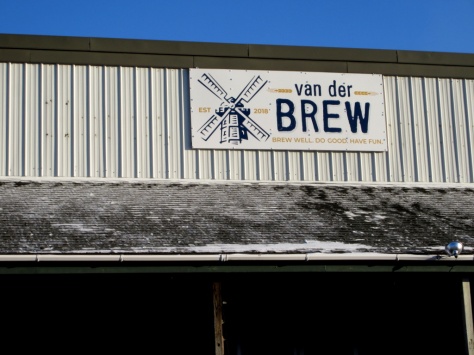 The spirit of this logo infuses the brewery. This is from Van der Brew’s website: “Making great beer isn’t just about the brews. It’s about building community, bringing people together and supporting local businesses and organizations that make our towns great places to live, work and play.”

Yes, yes, and yes, and Van der Brew is certainly making our community a better place.

Confession time: Not to put too fine a point on it, but I am not a beer enthusiast. Instead, I am more of a cocktail girl, and Van der Brew doesn’t serve cocktails or wine—only beer and soft drinks. But Clif is a beer drinker, and the atmosphere, which encourages all ages, is so much fun that a soft drink is just fine with me.

Yesterday we arrived early to get a good table and chairs for our trivia team, the Great Library, named after my very own series of YA fiction.  Here are pictures of the interior before the crowds arrived. 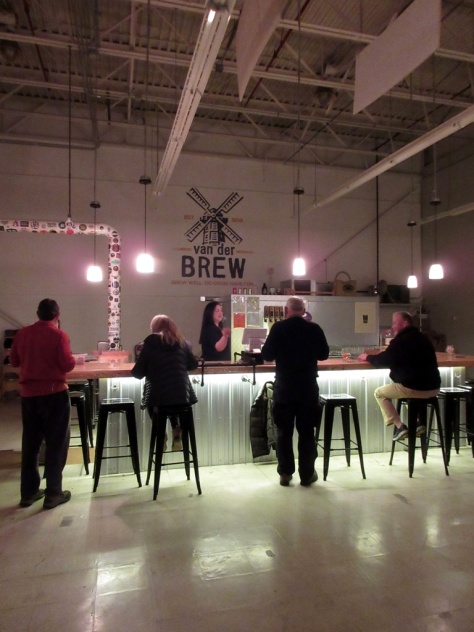 And here is a picture of our fearless trivia leader, Nick, who has been leading trivia nights at various places for ten years. Go, Nick!

By the time trivia night started, the place was packed, and there were around eighteen teams. Liz, one of our team members, told me that a couple months ago, on Van der Brew’s first trivia night, there were about six teams. Clearly, the word has spread about Nick’s trivia nights at the brewery.

Along with being a fun night, donations were also taken for the library for a much-needed proposed parking lot nearby. By the end of the night, the box on the stand was filled with donations.

Also, at various times the line for beer and soft drinks was long, which meant Van der Brew also had a good night.

So how did Team Great Library do? Well, I am sorry to report that we weren’t at the top. We bombed on questions regarding sports and geography, but we did pretty well with books and movies. Big surprise! We talked ourselves out of the right answers a couple of times, which was irritating. As a result, we came in ninth, smack dab in the middle.

But we had a lot of fun, and Clif and I will return on February 14 for the next trivia night.

Many thanks, Nick, and many thanks Van der Brew for this fun event that brings our community together.