This year we had a whirlwind Thanksgiving of movies, and there wasn’t a bad one in the bunch. Our daughter Dee is a movie buff extraordinaire, and when she comes to visit, we catch up on movies. With the Academy Awards right around the corner,  we were truly spoiled for choice.

The title of this blog indicates what we saw.

First, there was Knives Out, a sharp, intelligent murder mystery with terrific actors and a political message that lifts it above the average story of this kind. 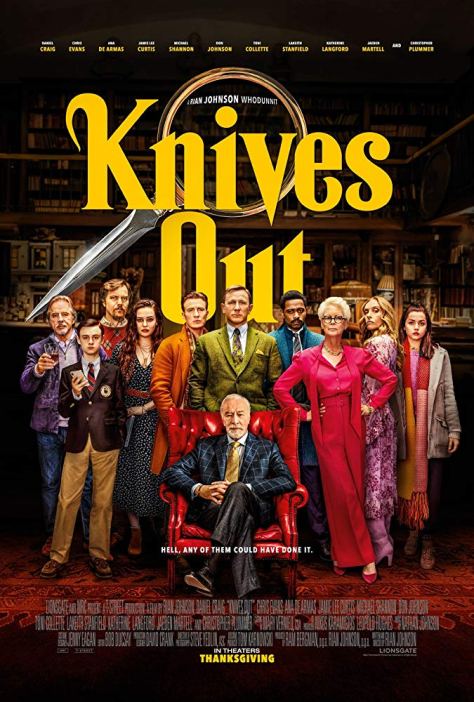 Second was Ford v. Ferrari, a surprisingly affecting story about car racing and class. The movie centers on car designer Carroll Shelby (Matt Damon) and race car driver Ken Miles (Christian Bale) and their struggle against “the suits” from Ford. 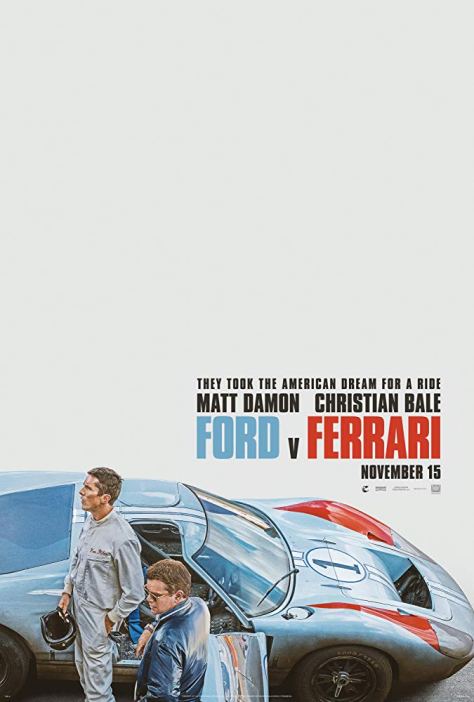 Third was Harriet, a biopic about the extraordinary Harriet Tubman, who was born a slave, escaped, and then returned to the South to lead other slaves to freedom.  What raises this movie above the standard biopic is Cynthia Erivo’s incredibly strong performance as Harriet Tubman. (Apologies for the small graphic. I hunted and hunted but couldn’t find anything bigger.)

Finally, we saw JoJo Rabbit, a dark comedy about Hitler and World War II. While most of us wouldn’t find much humor in this subject, the director, Taika Waititi, managed to poke his finger in Hitler’s eye while at the same time making a gripping story about the nature of fanaticism. (Another small graphic. Sigh.)

So there you have it—four movies, all worth seeing.

Now onward to Christmas! Because Thanksgiving was late this year, we only have three weeks to get ready for my favorite holiday. There will be a flurry of cooking, cleaning, and craft fairs.

Fingers crossed that the weather gods smile on us.

41 thoughts on “Of Knives, Racing Cars, Harriet Tubman, and JoJo”