In a recent post, I featured this picture of glowing November leaves.

In the comments section, my blogging friend Susan Rushton noted “[t]he sunlight through the trees illustrates the Japanese word Komorebi I was reading about earlier in the week.”

Although I have long admired the Japanese for their ability to use a single word to express a concept, I had never heard of komorebi before. I decided to do a little research.

From the Chicago Botanic Garden I learned “[t]he dapples of light and leaf are caused by the pinhole effect—the same concept that allows a pinhole camera to work. Light passes through a small hole—or in this case, the gap between leaves—and projects an inverted image on the other side. This effect is especially notable at dawn or just before dusk, when one can observe a cascade of shimmering amber light. While the sight is familiar and nostalgic, there is no English word for this phenomenon. There is, however, a Japanese word: komorebi.

“There are three important parts to this word: 木 (ko) meaning tree, 漏れ (more) meaning to escape from, and 日 (bi) meaning sun. Together, the characters mean something like ‘sunlight filtering through trees.'”

Inspired by komorebi and the Japanese, I went out in search of more amber light filtering through the leaves of trees. I was not disappointed. 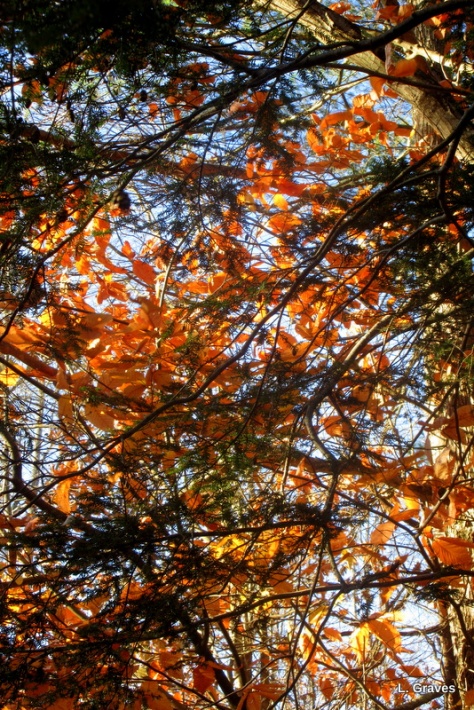 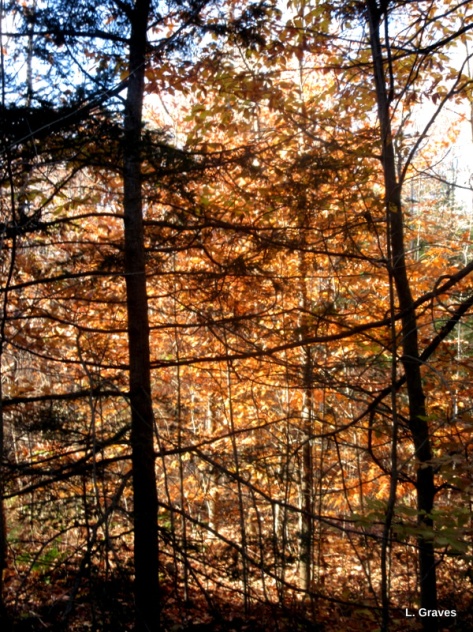 By the edge of my deck, I came across this astilbe. Even though the astilbe is not a tree, it seems to me that the sunlight glowing through the plant’s leaves captures the beautiful quality of komorebi. 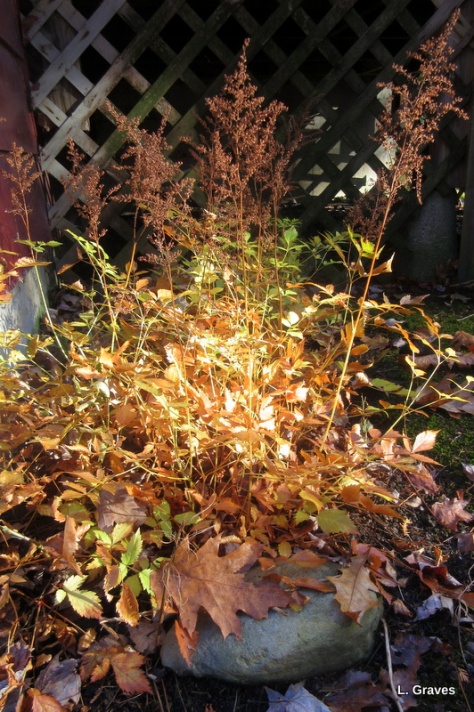 Thank you, Susan, for introducing me to komorebi, a concept that I both knew and didn’t know, which has come to me each fall as the leaves change to russet and yellow and the sun slants sideways not far above the horizon, casting a golden glow over the landscape.

77 thoughts on “Komorebi: Sunlight Streaming Through the Trees”