Last Friday, to cap our celebratory week, we went to Pemaquid Point Lighthouse Park, a rocky spike of land that juts into the ocean. (Maine has an astonishing 5,000 miles of coastline, even more than California. How does Maine accomplish this? By a multitude of peninsulas that cut in and out, in and out, from New Hampshire all the way to Canada.)

The lighthouse was commissioned in 1827 by John Quincy Adams, and it has become an iconic image of the Maine coast. The lighthouse and the keeper’s cottage have a simple, old-timey look, very pleasing to this Mainer who loves clean lines and simplicity. 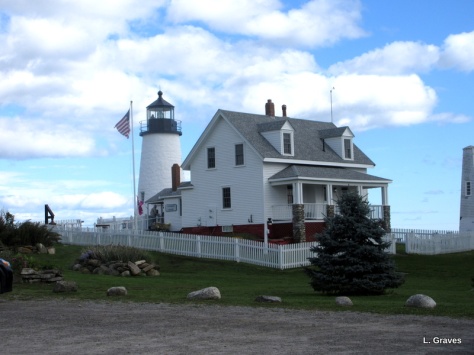 And what is a lighthouse without views? (Look who photobombed the first picture.) 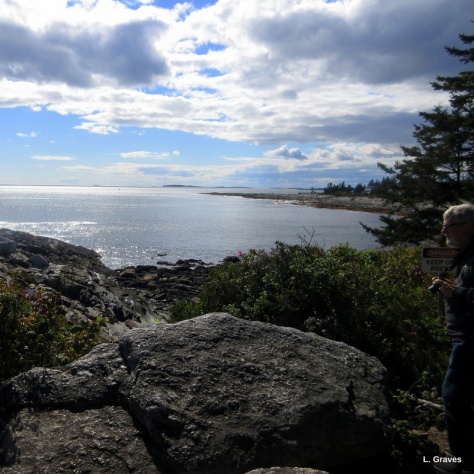 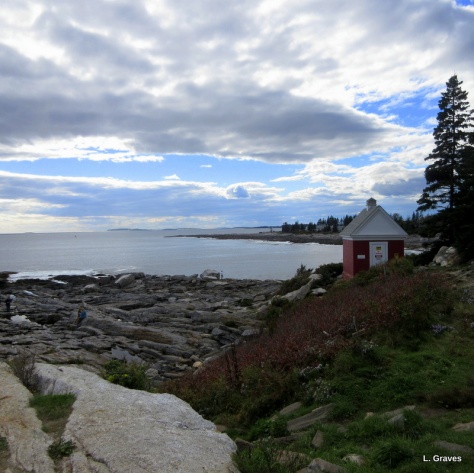 Maine has been called “The Country of the Pointed Firs,” and the above photos certainly illustrate this.

As we were wandering around, admiring the scenery and taking pictures, dark clouds swept in, providing a perfectly spooky backdrop for the lighthouse. (After all, Halloween is coming.) 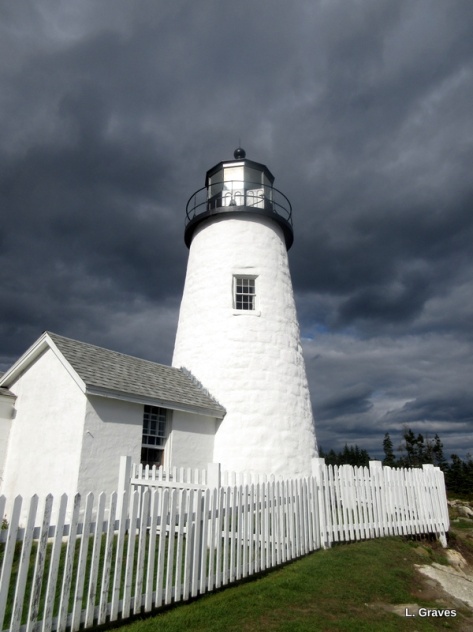 Dee said, “We’d better have our tea and cookies before it rains.”

“Right,” I replied, and we found a bench big enough for the three of us.

Amazingly, like a scene from a fantasy novel, the clouds swept by, leaving blue sky and sunshine and time to take pictures of monarchs and asters. Alas, the little beauties wouldn’t pose with open wings, and this is the best that I got. 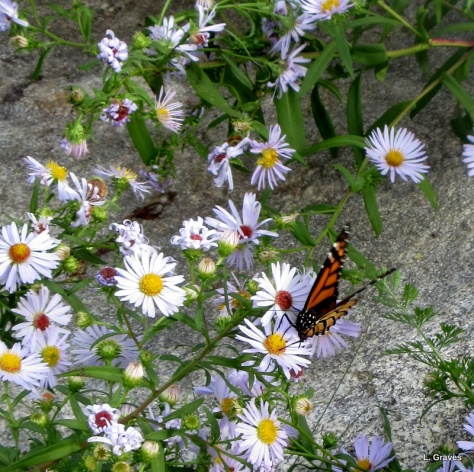 The bee on the rose was a little more obliging. 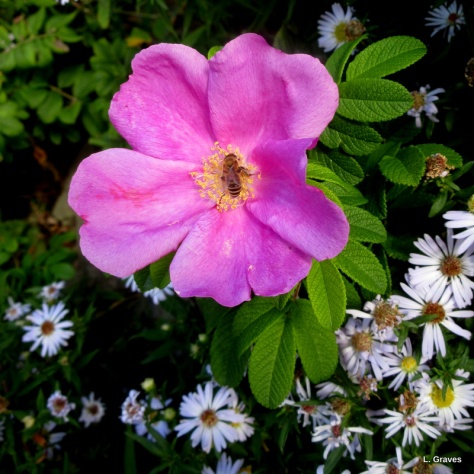 Now, it’s back to work and projects, which I must admit is a bit of a letdown. No more day trips to the ocean, no more stops for ice cream on the way home, no more late afternoon cocktails.

But what a grand week we had celebrating Clif’s 70th birthday.

Nifty Posts from Some of the Lovely Blogs I Follow:

From Touring my Backyard, Ju-Lyn revels in revisiting the Asian Civilizations Museum and discovering that the ice cream cart outside the museum has finally reopened.

Ever wondered how you could make a snappy sculpture out of a cultivator wheel, some red paint, and part of a log? Wonder no more. Judy, of New England Garden Thread, yet again illustrates that she has more creativity in her little finger than most people have in their whole bodies.

Anne, from Something over Tea, shares pictures of various roadblocks she encounters. Let’s just say that roadblocks in Maine are very boring in comparison.

In the northern hemisphere, it is harvest time for many folks, and at Going Batty in Wales it is picklefest time. Oh, yum!

From Lavinia Ross, of Salmon Brook Farm, a seasonal update of what is going on at her farm in Oregon. Beautiful writing and beautiful singing. What a lovely, lovely voice Lavinia has.