I always wake up listening to National Public Radio. I hear news—local, national, and international—and most important, I hear about the Maine weather. This morning I learned that there had been a dusting of snow in southern Maine.

Technically, Clif and I live in central Maine, but geographically, we are more southern than central. I wondered, could we have gotten a dusting of snow, too? As soon as I got up, I pulled the shades and discovered yes, we had. I had left some garden ornaments out for this very event, and I saw that snow caps covered their little heads. Also, some of the plants looked very fetching with an icing of snow.

Immediately, before tea, before breakfast, before getting dressed, I put on a coat, some shoes—no socks, however—and took some pictures. The steps were very slippery, and the dog and I had to creep carefully down them. (As soon as I was done taking pictures, I brought up the blue covered pail with the salt and set it in a corner of the porch.)

I so enjoy taking pictures of garden ornaments with a dusting of snow. They look solemn and stoic, and it appeals to my New England sensibility.

I also got a couple of good pictures of plants in the snow, and I’ll be using the red berry and evergreen as a winter card.

As much as I appreciated the warm weather, it does my heart good to see the Maine landscape look more like mid-November. 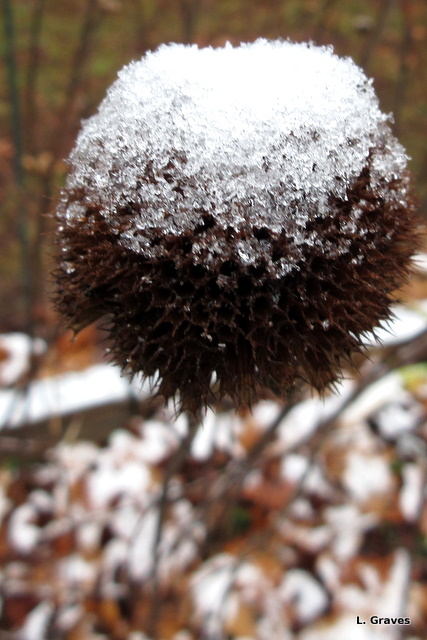 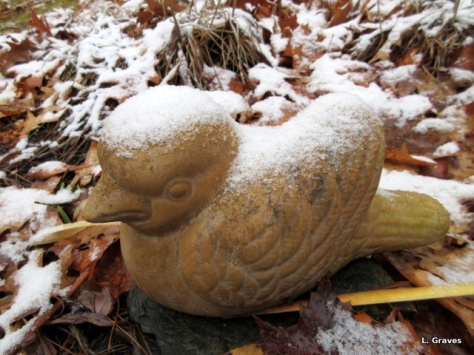 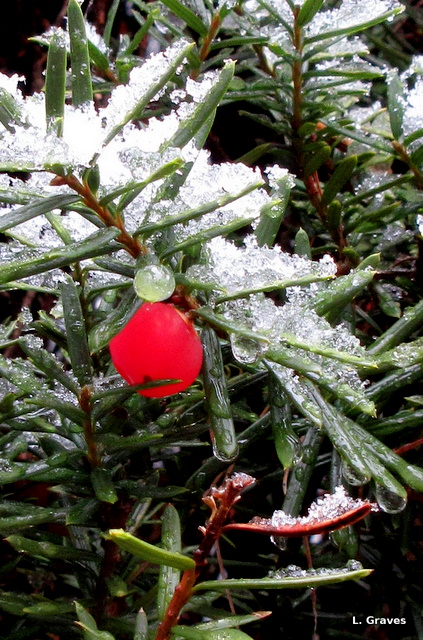 27 thoughts on “Lo and Behold! A Dusting of Snow”