As I wrote on Monday’s post, because of his type 2 diabetes, Clif is embarking on a low-carb diet. And if Clif is eating low-carb, then so am I. While I might have toast for breakfast, and Clif might make an   an omelet, I am not going to cook two different meals for our supper. Too much work. And besides, it doesn’t do me a bit of harm to eat low carb and perhaps avoid future problems.

Therefore, we are venturing into new territory, and this week I made “fried rice” with riced cauliflower. I expected it to be good. After all, in the fried rice I usually make I often use either cabbage or broccoli, and cauliflower is in the same family. But, readers, making fried rice from riced cauliflower turned out even better than I expected. So tasty!

I love it when that happens. (Not always a given, that’s for sure.) We will probably be having this meal once a week or so. In fact, I could have some right now. I’ve also found other recipes for riced cauliflower, and the one I plan to to try next is a Mexican “rice” dish. I didn’t take pictures of the fried riced cauliflower, so all I can feature is the package. Next time! 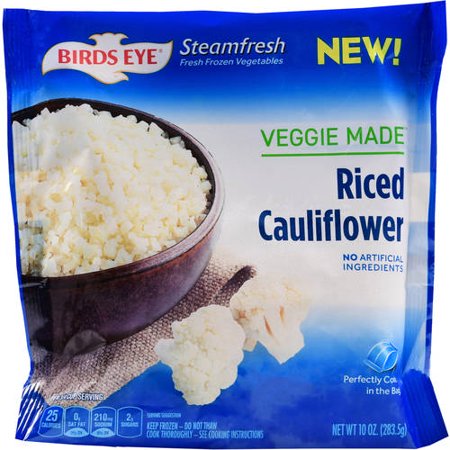 The second thing that is making me happy is my bee balm. While it was a bad year for irises, it has been a glorious year for bee balm. My patch in the backyard is fuller and more vibrant than it ever has been. In the late afternoon, when I relax on the patio, I have that glorious spark of red to draw my eye. The flowers also draw hummingbirds. I will try to get a decent picture of one, but I make no promises. Those winged Will-o’-the-wisps are fast. 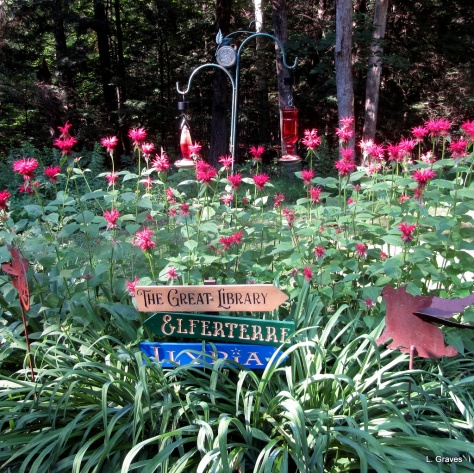 The third thing, as always, is music and another NPR Tiny Desk Concert. (Thank you, thank you, NPR, for bringing so much music into my life.) This week, for blogging friends who like country and bluegrass music, I’m featuring Mandolin Orange, a duo from Chapel Hill, North Carolina. Their music has also been categorized as folk and Americana. Whatever it’s called, Mandolin Orange’s music is just plain good, and their songs certainly represent a strain of American music. If you like Mandolin Orange, be sure to listen to the last song, “Wildfire.” Released on the 2016 album Blindfaller, “Wildfire” is even more relevant today than it was four years ago.