On Sunday afternoons, especially in the winter, Clif and I like inviting friends over for tea. When the weather is cold, there is something so cozy about sitting around the dining room table as we chat, drink tea, and nibble on something I’ve baked.

Yesterday our friend Mary Jane came over. As I was getting ready, I looked out the kitchen window and saw a female cardinal at our feeder. I stopped what I was doing, grabbed my camera, and trotted to the bathroom, which has become a sort of bird blind. Slowly, slowly I opened the windows—there are two down in the winter—hoping I wouldn’t scare her away. Success! 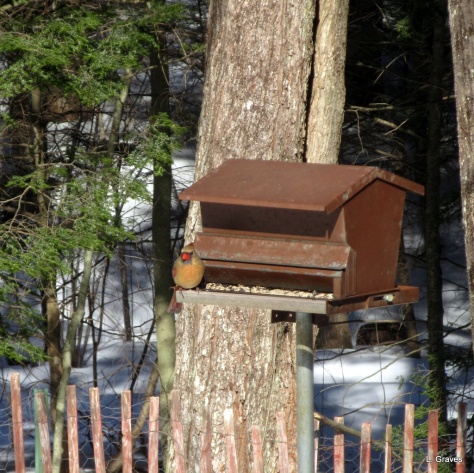 Cardinals are relative newcomers to Maine. Even as recently as eleven years ago, we didn’t have cardinals in our backyard, and my mother, who died around that time, never did see one in Maine. I sure wish that she had lived long enough to see cardinals in our yard. I suspect that climate change has brought these lovely birds ever farther north, and if so, this is an example of it’s an ill wind that blows no good. We love having cardinals come to our feeder.

After taking pictures of Mrs. Cardinal, I returned to the kitchen to finish making my oatmeal squares and to get the table set for tea. Glancing out the dining room window, I saw a movement in the woods, a flock of turkeys picking their way through the trees. The dining room windows do not open easily. Could I get a good picture through the window? Turns out, I could. Not quite as crisp as the cardinal, but not too bad, especially when you consider the shot was taken through the window, and the turkeys were quite a distance away. 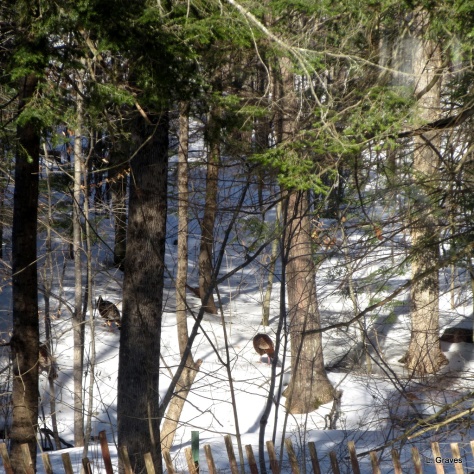 Turkeys are another newcomer to Maine. Or rather, they are a species that has been reintroduced. Twenty years ago, I did not see them in the woods behind my house. Between habitat loss and overhunting, turkeys had been wiped out in Maine. The technical term is extirpation, meaning that the species is not actually extinct, just no longer in an area. A cold word for a brutal act.

With all that excitement, it’s a wonder that I managed to bake the squares and set the table. But somehow, I did. 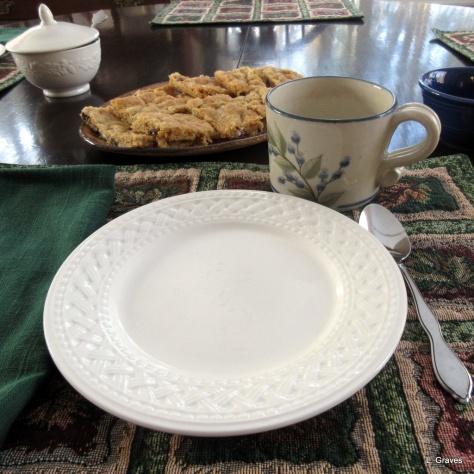 Mary Jane came over, and we had a wonderful chat. Clif and I even shared some poetry from From a Far Corner, a new book that we received from my friend Jerry George, who lives in East Machias, way up north by the Canadian border. But Mainers call it Downeast, a sailing term that sailors used to describe how they utilized downwinds to sail east from western ports. Downeast Maine is a beautiful, remote place that, believe it or not, is hospitable to poets and retirees. The cover of the book, taken by the talented Ray Beal, gives a good indication of the stark appeal of the area. 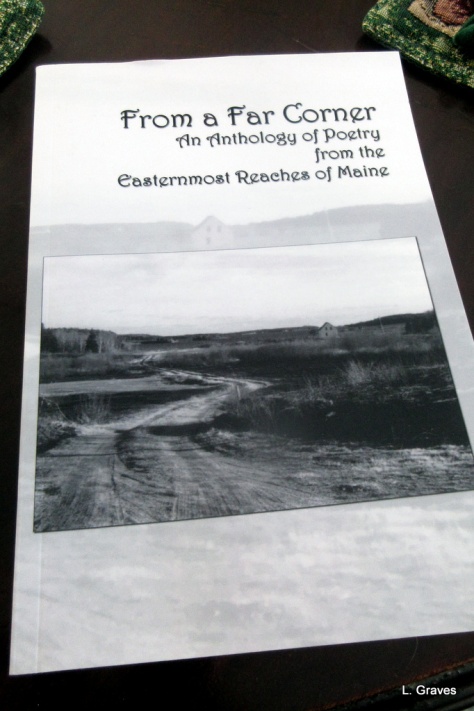 All in all, it was quite a Sunday.