Last Saturday, I got up before breakfast, as my mother would have put it, and was on the road by 6 a.m. Off to the University of Maine at Orono I went to see my favorite nephew—Patrick Meunier—graduate from college. The ceremony started at 9:30 a.m. As there were over 1,000 students graduating, it was important to arrive at the university a couple of hours before the ceremony began in order to get a good place to park and good seating.

This I did, and I was even able to save seats for Patrick’s parents—my brother Steve and my sister-in-law Rose—an aunt and uncle, and his maternal grandmother. Unfortunately, Clif was not able to come. It was simply too long to leave the dog, and now that Liam is blind, we don’t feel comfortable asking any of our friends to take care of him if we are to be away for a long time. But Patrick is a dog lover, and he understood about Liam.

My mother passed away nine years ago, and how I wish she had lived long enough to see Patrick graduate. She helped take care of him when he was little, and she loved Patrick very much. To bring a piece of Mom to the ceremony, I wore one of her favorite bracelets, and it was comforting for me to have something of hers on my wrist.

Because we arrived so early, we naturally had to wait a while before the ceremony began. Somehow, I didn’t mind at all. I watched the people stream in. I chatted with Steve and Rose, and the time just zipped by. The ceremony was held in an arena, and there was a jumbotron flashing scenes from the inside. But then, a little before 9:30, the cameras turned outward and focused on the large stream of students  in blue marching toward the arena. Later, we found out from Patrick that there wasn’t any rehearsal. The students were told to march in some semblance of a line, and by gum they did.

Into the arena they came, and our little party strained eagerly to see Patrick. And there he was, smiling and radiant and looking oh so happy to be graduating. “After all,” Clif would say later. “He’s worked hard to get that degree.” Indeed he has.

Here’s a picture of the marching students. Can you guess which one is Patrick? 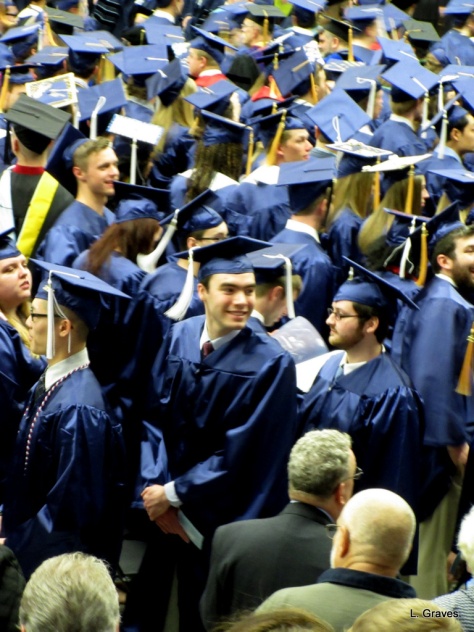 As I watched his beaming face, I felt my eyes prickle with tears. I’ve known Patrick since he was a little baby, and I’ve watched him grow into a fine young man—kind, energetic, and determined—who loves art and theater and movies. I had to speak very sternly to myself so that I didn’t go from being misty eyed to outright blubbering. I am happy to report I was successful.

Considering how many students were getting their degrees, the ceremony moved along smartly. The commencement speakers were Heather and Abe Furth, local entrepreneurs and a power couple who started their first business—Woodman’s Bar and Grill—when they were twenty-three. The Furths took turns speaking not only of the importance of fearlessly going forth in life but also of making a commitment to local economies and communities. Very impressive.

Then the graduation ceremony was over, and out we went into the blessedly rain-free day, the first in a while. Naturally, we took pictures. 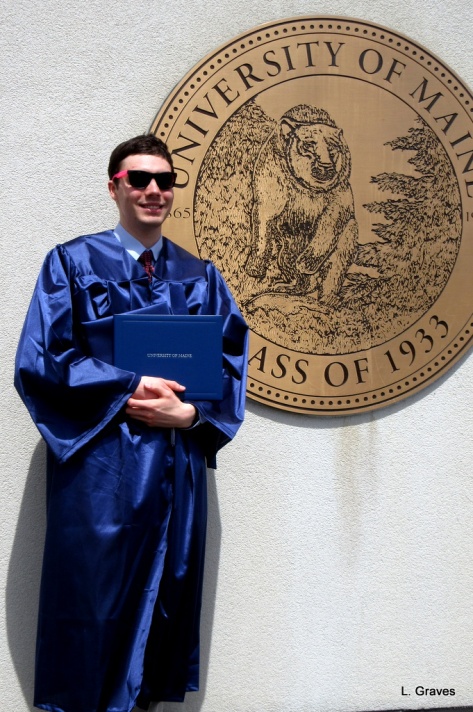 After pictures, we went to a restaurant in Brewer, the High Tide, right beside the Penobscot River. Such a lovely view! To mark this momentous occasion, I had one of my favorite things—a lobster roll—and as we ate, there was much merriment and joy. 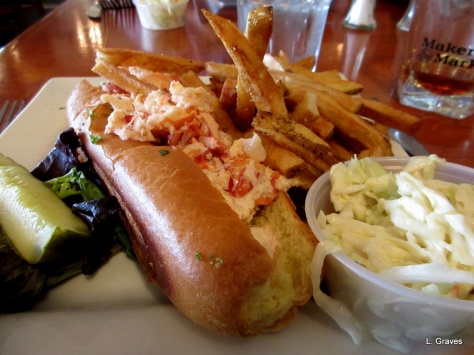 The title of this piece indicates that Clif and I are playing favorites when it comes to Patrick. As Patrick is our only nephew, this is not strictly true. However, even if he weren’t our only nephew, he would still be our favorite.

Best of luck, Patrick, as you begin your creative journey!

19 thoughts on “Our Favorite Nephew Graduates” 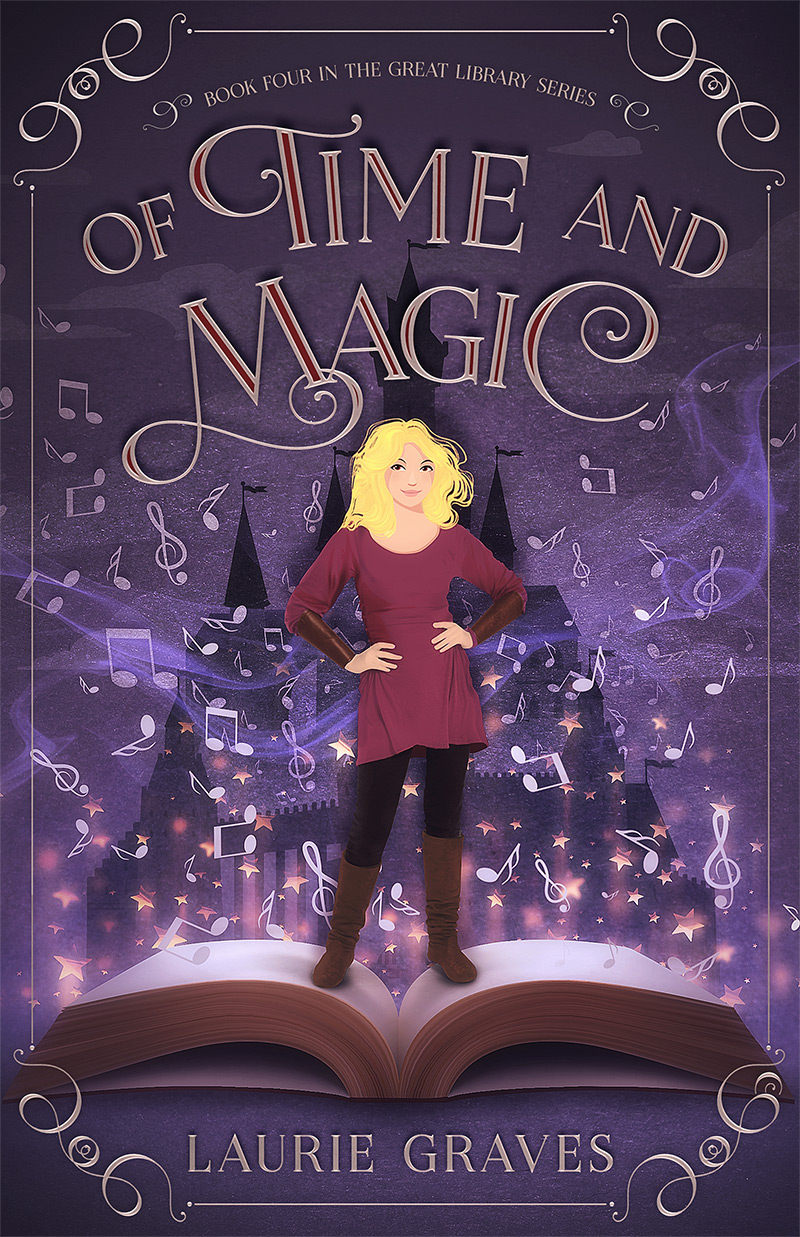