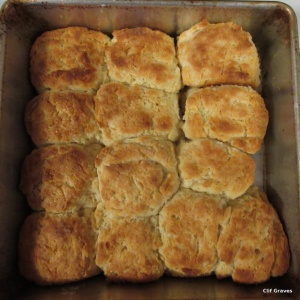 Yesterday, I went to visit Esther, who was a dear friend of my mother’s and has become my friend, too. Esther grew up in rural Maine—in Vassalboro—in the 1940s, and I love listening to the stories she tells of her childhood. Esther is only twenty years older than I am, but it almost seems as though she were born in a far-gone era, where life was contradictorily simpler and harder.

Esther made lunch for me, and as we ate her delicious beef stew, she told me that as a young girl she often walked home in the cold and the dark to her mother’s red bean stew and biscuits.

“Back then, no one took me anywhere or picked me up. If I wanted to go to a girl scout meeting in the village, I had to walk home afterward. Getting to the meeting after school wasn’t too bad, but coming home, it was a long, dark walk.” (Esther lived on a country road about two miles from East Vassalboro Village.)

I thought about how children were certainly hardier and more self-sufficient in those days, but I just nodded and helped myself to seconds of the beef stew. (As friends and family know, I am, ahem, a good eater.)

“Mom would have red bean stew and biscuits ready for me, and they tasted so good after that long walk.”

“I bet,” I replied, savoring Esther’s beef stew—the potatoes, turnips, and beef so tender it practically melted in my mouth. I also remembered hearing about how Esther’s mother, who worked in the factory in North Vassalboro, did her own walking in the dark and cold.

Esther is writing a memoir for her family—I hope I get a copy, too—and we talked about some of the vignettes that would be included in her book. “I’m writing about some of the unsung heroes in Vassalboro. My school bus driver, for example. One day after school, I went home with a friend, who lived on Cross Hill Road, and there was a bad snowstorm.”

“There’s quite a hill on that road,” I said. “I’ve gotten stuck on it once or twice.”

“That road was so bad that the bus driver decided he just couldn’t make it up that big hill. So the he stopped the bus in a safe place, let us out, and walked all the kids to their homes.”

“He felt responsible for the safety of the children on his bus,” I said.

As I finished my soup, I thought about this bus driver, a man clearly concerned about the welfare of the children more than he was about his own comfort. He could have let the children walk home on their own. I doubt any of the parents would have given it much thought. As Esther’s story about the girl scout meetings indicates, children walked a lot back then, and in all kinds of weather. But the bus driver didn’t want the children to walk on their own in a snowstorm.

Generally, when we think of heroes, we think of some grand, brave act such as jumping into an icy river to save a drowning child. But Esther is right to honor the unsung heroes in her town, the men and women who thought of others, who in many small ways made life better for the people in Vassalboro.

In a life that is hard or hectic or filled with other kinds of stress, it is not always easy to give, to be decent. But give we should, despite the effort because as Esther’s story illustrates, this generosity ripples out through the years, well past the time when it was given.