This was a weekend of selling books, and what a good weekend it was. We went to two shows—the Summer Arts Festival in our own little town of Winthrop and the Sunday Indie Market at the Baxter Brewing Company’s Pub in Lewiston. The Summer Arts Festival was fun, and we sold lots of books. Other vendors did well, too, and as I’ve noted before, it means a lot to us when people come to these events and buy what we have created.

However, a big highlight of the weekend was the setting of the Sunday Indie Market in Lewiston, a huge mill complex that is slowly being renovated, where shabby is juxtaposed with new. Clif and I are both drawn to buildings that have been abandoned. Somehow, in their neglect, these buildings acquire a dignity that they often didn’t have when they were in better repair.

For many people, Maine is a state of quaint seaside villages that caters to those who are from away, as we say here. The coast is certainly one beautiful aspect of the state. However, Clif and I were born inland—in Bangor and Waterville—two communities that do not give Maine its quaint reputation. We are old enough to remember when these cities were filled with factories and were more than a little gritty. These places feel like home to us.

Once upon a time, Lewiston was also a city of mills and factory workers.

Here is the gate at the pub, where the Sunday Indie Market was held. 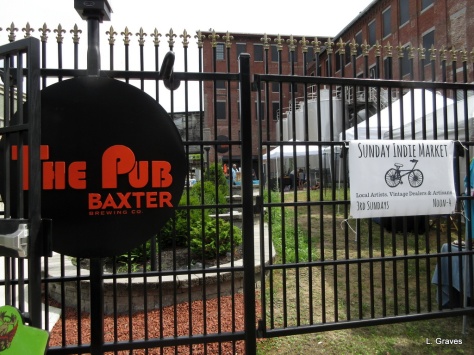 We set up a booth on one side of the walkway. Behind us were shiny  new silos and old bricks. 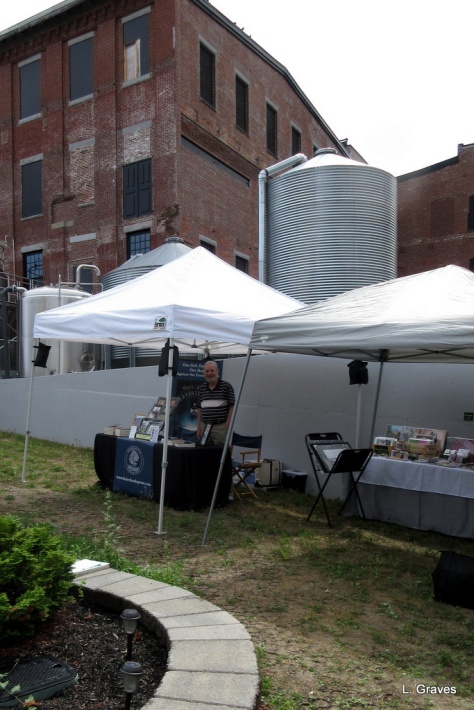 Across from us, green growth reached up to cover neglect,

and water rushed by. 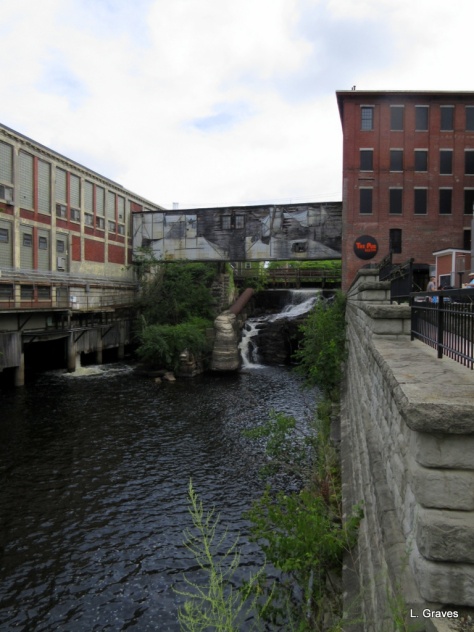 From afar, the walkway almost looks as though a mural has been painted on it. But here is one of Clif’s photo that takes a closer look and reveals peeling rather than painting. 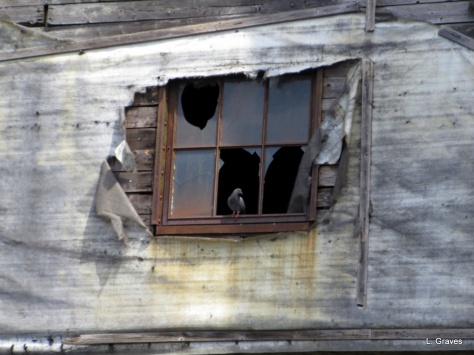 Finally, old next to new. 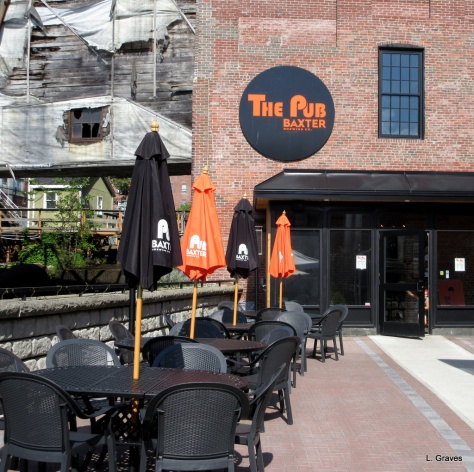 While we love nature as much as the next Mainer, these half-abandoned places exert an almost gravitational pull on us, and we had mixed feelings when we heard that the rest of this mill complex was slated for renovation. I know. I know. We really don’t want these factories to fall to the ground, and we want them to be useful once more.

But gussied up, the buildings lose their striking visual appeal. Good for the community, perhaps, but not so good for photography.

42 thoughts on “The Pull of Abandoned Places”